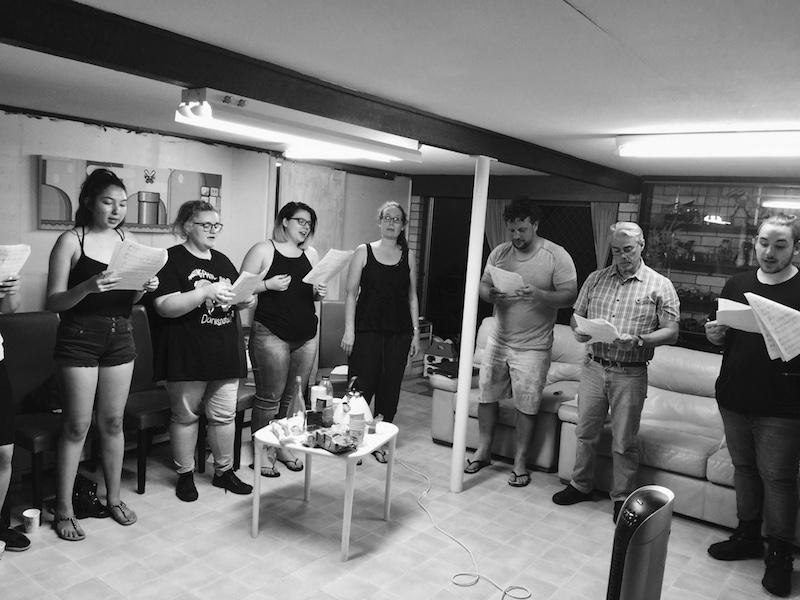 Melissa and Tracy were working together in 2008 and bonded over their shared love of singing and choir nerd status. They both conducted choirs at the same high school and often lamented how they'd like to be in a contemporary choir as a hobby. Sadly, none of the Brisbane choirs they tried fit the bill. Too far away, not the kind of repertoire we're looking for, wrong rehearsal night, too serious, not serious enough, involves choreography!

Eventually, Tracy got irritated enough to say, "Well, fine! Looks like we'll just have to start our bloody own!" and Inversion Vocal Group was born!

The photo above was taken on November 8th, 2016 at the very first Inversion rehearsal (although we didn't have a name then). It was held in Melissa's rumpus room and consisited of mostly of ex-students, colleagues, family and friends. We started with charts Tracy already had and our very first songs were "For All We Know" and "The Look of Love".

Since then, we've had a few different homes. We commenced "official" rehearsals at the Gateway Presbyterian Church in January 2017. We relocated later that year to the Toombul Shire Hall and then again in 2018 to our current home at St Paul's Uniting Church in Stafford.

Inversion Vocal Group started with 5 girls and 3 boys and has now grown to a group of 20 wonderful singers. As our numbers have grown the range and complexity of our repertoire as grown accordingly.

Our journey has only been a short one so far but if the first two years are a guide, Inversion Vocal Group will continue to go from strength to strength!

Sign up for our newsletter to receive the latest news and event postings.